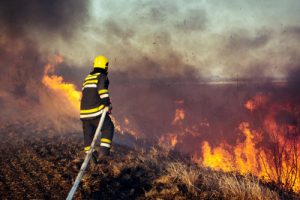 “These firefighters are literally on the frontlines of protecting southwest Washington communities and families from wildfires,” Rep. Herrera Beutler said. “As wildfire season looms, we cannot risk having federal hotshot crews understaffed or sidelined and our response capabilities compromised.”

The administration’s plans, which Biden discussed on Wednesday during a virtual meeting with governors from Western states, cabinet officials and partners from the private sector, follow a bipartisan request by Rep. Herrera Beutler asking the U.S. Forest Service (USFS) to consider more competitive wages for those on the front lines battling wildfires.

“I’m pleased to have successfully advocated for a pay increase for our federal firefighters, helping make sure our firefighting crews will be fully staffed and prepared to protect lives, homes, businesses, and our precious natural resources from these destructive fires,” the congresswoman said on June 30.

“Coming off of the heels of a historically devastating fire year and entering another that is predicted to be even more destructive, the USFS must expand incentivizes to retain and recruit our firefighters — including volunteer firefighters — by addressing the pay of our firefighters and improving the communication between the USFS and local fire departments and contractors regarding reimbursements for fire-fighting costs on federal lands,” the members wrote.

The White House agreed and according to a fact sheet released on June 30 said that firefighters “must be fairly paid for the grueling work they are willing to take on.”