SALISBURY — Ted Goins has been named the new president of the Salisbury Rotary Club and will begin his term July 1. Elaine Spalding, outgoing president, will be part of the passing of the gavel ceremony that will be conducted during Tuesday’s meeting.

The club officially formed on May 15, 1920, but the 100-year anniversary was postponed until May 2022 due to COVID-19. Since the 1980s, Rotary has led the worldwide effort to eradicate polio. Over 400 million children are still vaccinated each year. 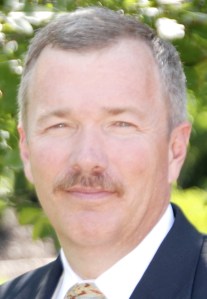 Rotarians are proud of the extensive polio infrastructure of laboratories, polio workers and an extensive surveillance network is being used to slow the spread of COVID-19, in addition to serving countless other health needs.

Water rescue situations may vary based on different situations that arise. This year the team trained at the Kannapolis YMCA pool and in the N.C. mountains where they were able to recreate situations, they may face in real-life emergencies The Kannapolis Fire Department typically responds to 15-20 water rescue incidents each year. The most frequent type of water rescue are after weather events cause flooding of homes or cars in low-lying areas of the City. 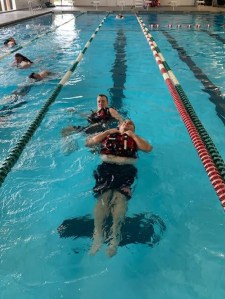 “We always warn that you should ‘turn around – don’t drown’ because every year in North Carolina weather storms cause flooded streets and people are injured or die when they try to drive through flooded areas,” said Tracy Winecoff, Kannapolis Fire Chief.

SALISBURY —  Dr. Timothy Hennie was awarded the John D. Robinson Clinical Excellence Award by the North Carolina Optometric Society. This award was given out during the annual spring conference for the society on June 12 and Dr. Hennie is the 28th recipient of the award. The award is given to an optometrist who has exemplified excellence in the clinical practice of primary eye care and ophthalmic medicine.

Hennie graduated from the Ohio State University College of Optometry in 1981 and was awarded the Outstanding Senior Student of the year award the same year. He moved to North Carolina to start his optometry practice and has worked in Salisbury since 1983.

Hennie has mentored about 20 optometric students with some of them being externships. He is also in the American Optometric Association and the Piedmont Optometric Society. Hennie has given over 25 lectures across the state for various associations on topics ranging from glaucoma to retinal diseases and corneal diseases.

SALISBURY — Rowan County continues to see an increase in home demand with a supply that isn’t keeping up.

While new listings have increased significantly from May of 2020, pending sales still outpace supply. Sustaining record low rates, lack of materials and lack of skilled and unskilled labor as well as urban flight have contributed to the real estate issues in Rowan County. In May of 2020, Rowan County saw a 2.3 month supply of inventory. In May of 2021, we saw only 0.7 months supply. The critical lack of supply, the influx of intra-national migration and intra-state movement from urban hubs to more rural locations have caused a dramatic increase in median and average sales price which increase 26.2% and 34% respectively. In 2011 the average home price in Rowan County was $110,999, five years later in the average home price grew steadily to $147,515. Currently, the year-to-date average home price is $232,702 which is up 21% from 2020’s year to date.

KANNAPOLIS — The City of Kannapolis is studying the idea of building a skatepark complex.

City officials began the process after receiving input from parents, children and skate enthusiasts. The city hired Pillar Design Studios to assist with the first steps of the process which is to consider the best location for the complex and the features and amenities that are desired. The public is invited to give input and comments regarding the park during two public meetings: 6 p.m. on June 29 and 6 p.m. on July 27. Both will be held at City Hall, 401 Laureate Way.

A top leader at Atrium Health is being recognized as one of the health industry’s top executives. Dr. Scott Rissmiller, executive vice president and chief physician executive for Atrium Health, has been named one of Modern Healthcare’s Top 50 Most Influential Clinical Executives of 2021.

The awards program honors individuals in health care who are considered by peers and senior editors of Modern Healthcare to be paving the way to better health through their executive responsibility, leadership qualities, innovation, community service and achievements both inside and outside of their respective organizations. In addition to Rissmiller, this year’s list includes leaders from other top health systems, academia and government, including Dr. Anthony Fauci, director of the National Institute of Allergy and Infectious Diseases, Dr. Rochelle Walensky, director of the Centers for Disease Control and Prevention, and U.S. Surgeon General Vice Admiral Dr. Vivek Murthy, among others.

Rissmiller assembled and oversaw a team of operational and medical experts to create the Atrium Health Hospital at Home, a virtual hospital created in less than three weeks’ time to house COVID-19 patients. This lowered the chances of the virus spreading by keeping patients out of emergency departments and allowing them to remain in their own homes for observation or inpatient treatment and recovery. He also assisted in the creation of mass vaccination sites by leveraging unique and innovative public and private partnerships o get more people vaccinated more quickly.

“Dr. Rissmiller is an exceptional leader and extremely skilled clinician who is deeply committed to making Atrium Health the best place for clinicians to care for our patients,” said Eugene A. Woods, president and CEO of Atrium Health, “Those who have the privilege of working closely with Dr. Rissmiller often witness his unique ability to connect with everyone he comes into contact with – patients and teammates alike – with his humble and personable demeanor.”

In December, Woods was ranked number 7 in the magazine’s rankings of the 100 Most Influential People in Healthcare. Woods was also one of Modern Healthcare’s 2020 Minority Leaders Luminaries, listed among the industry’s top 25 minority leaders.