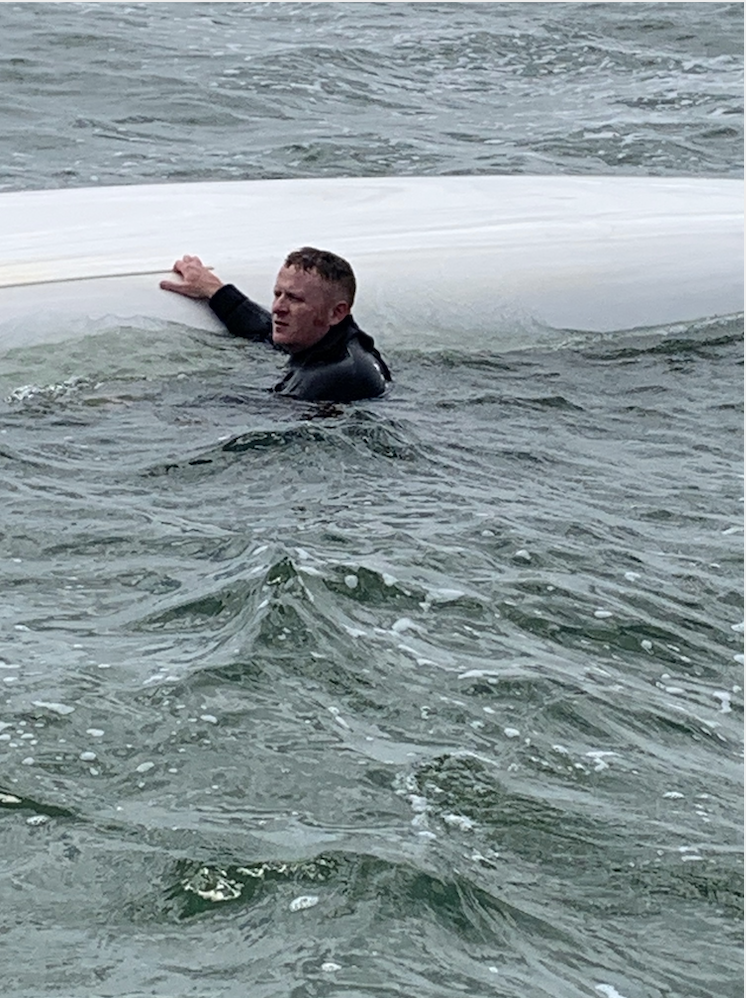 A Madison Fire Department Lake Rescue Team member with a sailboat that overturned on Lake Monona on Tuesday. 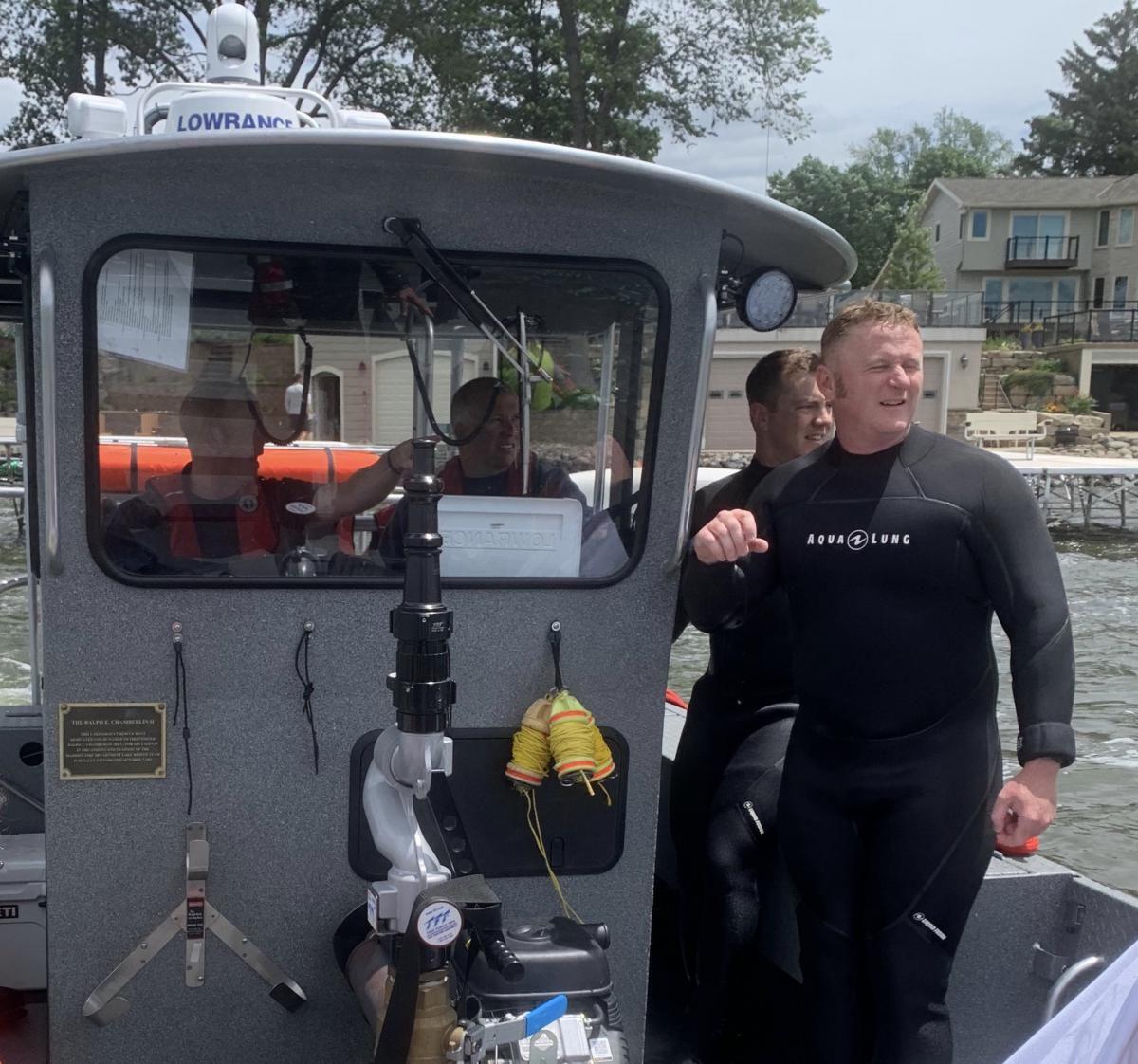 Two boaters were rescued after their sailboat overturned around noon on Tuesday on Lake Monona, the Madison Fire Department reported.

The department’s Lake Rescue Team responded from Olin Park and were directed to the overturned boat near Tonyawatha Trail in Monona by the Monona Fire Department, Fire Department spokeswoman Cynthia Schuster said in a report.

Both of the people who were on the sailboat were wearing life jackets and neither was injured, Schuster said.

The Lake Rescue Team brought them aboard their rescue boat, provided them dry blankets, then recovered the sailboat and towed it along as they returned to shore, Schuster said.

Photos: See all the fire departments that took part in the processional for Capt. Cory Barr