Nine-year-old ‘gentle giant’ Marley stole the spotlight after he decided to seek refuge inside a fire truck following a blaze on Thursday night.

Footage captured at the scene of the backyard fire at a house in Kaleen, Canberra, shows the heartwarming moment the Rhodesian Ridgeback peeks his head out of the truck as a firefighter gives him a pat.

Marley was visibly shaken by the flames that had engulfed a shed on Conclurry Street at around 11pm but one emergency services worker took it upon himself to try and calm his nerves. 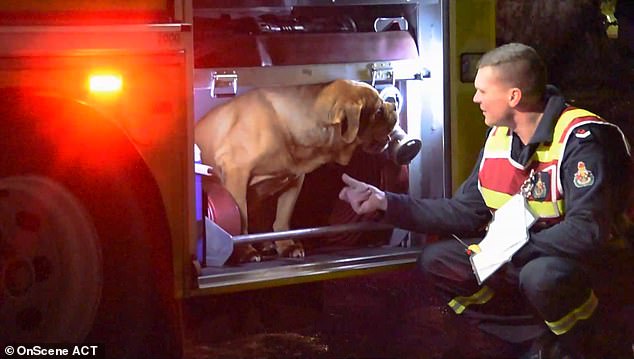 Marley (pictured) stole the show, taking refuge in a fire truck after a fire in the backyard of a house in Kaleen, ACT 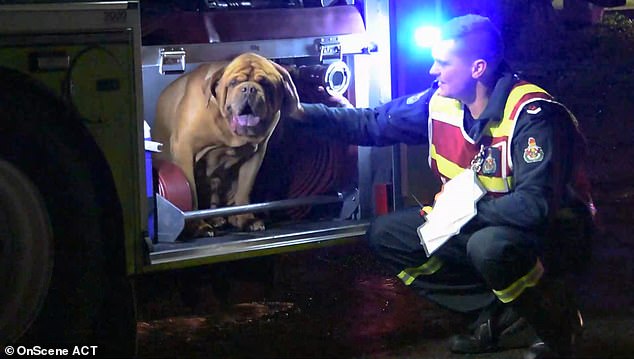 Luckily residents in the area – and beloved pet Marley – were safely evacuated and there were no reports of injuries.

When firefighters arrived at the Cloncurry Street address they located the backyard shed burning behind a residential home and dispersed several hose lines to extinguish the blaze.

Large areas of the residents’ backyard were destroyed by the unexplained fire. 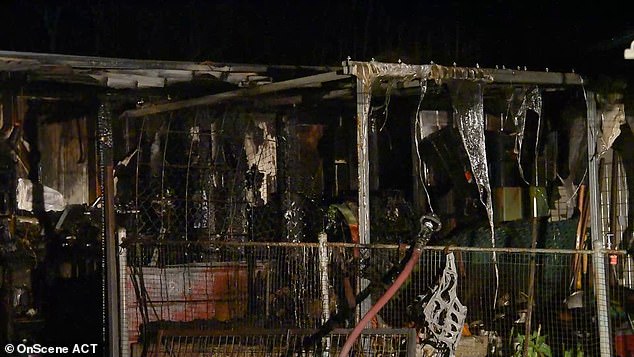 The fire ripped through a shed at about 11pm Thursday night, with emergency services receiving multiple reports of a blaze 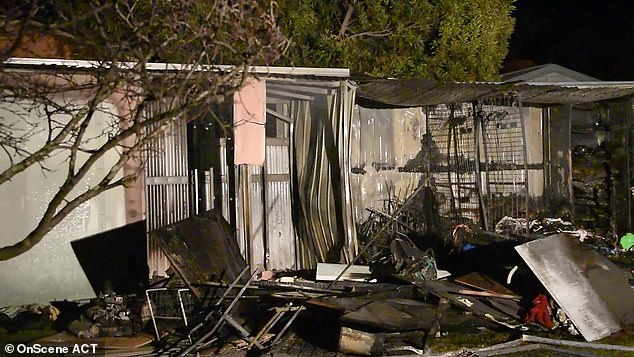 Luckily, the family and their beloved pet were safely evacuated and no one was injured 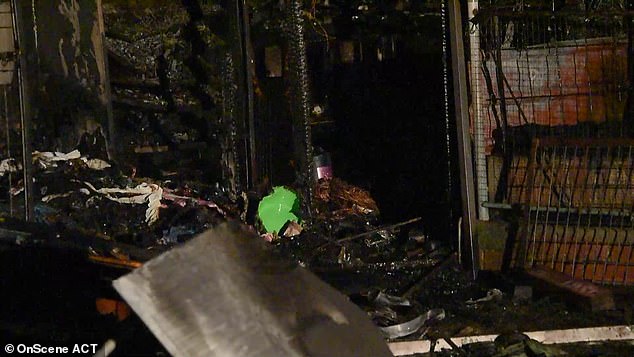 The fire was brought under control quickly and extinguished just after midnight.

ACT Policing were also in attendance.