A longtime firefighter specialist Tory Carlon, 44, was shot and killed by his colleague Tuesday morning at Los Angeles County Fire Department Station 81 in the Agua Dulce area. Carlon was 44 years old and was a 20-year veteran of the department.

INGLEWOOD, Calif. – An invitation-only memorial service will be held at the Forum Thursday for Los Angeles County Firefighter Tory Carlon, who was shot and killed by a colleague.

Carlon, 44, was shot multiple times at Fire Station 81 in the 8700 block of Sierra Highway on June 1 by off-duty firefighter Jonathan Patrick Tatone, 45. A 54-year-old fire captain was also injured in the shooting. 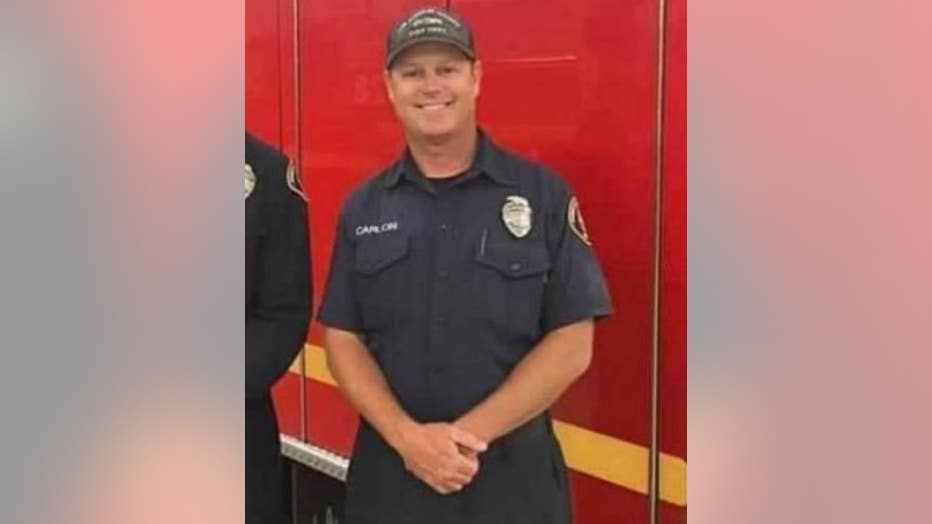 Carlon was pronounced dead at the scene. The fire captain was taken to a hospital and treated for his wounds.

Get your top stories delivered daily! Sign up for FOX 11’s Fast 5 newsletter. And, get breaking news alerts in the FOX 11 News app. Download for iOS or Android.

After the shooting, Tatone drove to his home in Acton about 10 miles from the station and appeared to set fire to the structure. He was later found dead in the home’s backyard of an apparently self-inflicted gunshot wound to the head.

The Los Angeles Times, citing two sources with knowledge of the situation, reported that there was an ongoing dispute between Carlon and Tatone.

The sources told The Times the dispute was apparently over the way the station was run and maintained, and the pair had argued in the past about various issues.

Carlon is survived by his wife Heidi and their three daughters.

Read More:Memorial service to be held at Forum for LA County firefighter killed by