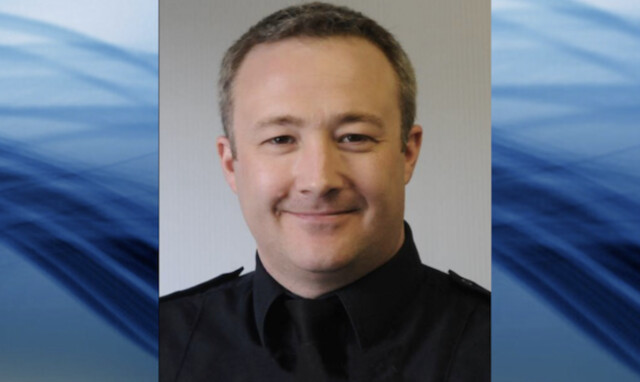 A diver who went missing on Saturday near Kelowna’s William R. Bennett bridge has been identified as a Kamloops firefighter.

Lannon’s family also released a statement to the media announcing his passing.

“Brian and his wife of 20 years, Jennifer Cook, were in Kelowna on Saturday May 15 for Brian to join his recreational dive partner and two local Kelowna divers to do a recreational dive from City Park near the W. R. Bennett bridge,” the family statement said.

“They completed a dive in the morning without incident. During their second dive of the day, Brian became separated from his diving partner and the dive team lost contact with him. When it became apparent that he had not resurfaced, his dive team began searching with the assistance of some local boaters and called for emergency response.”

Kelowna RCMP and COSAR are continuing to search the area along the William R. Bennet Bridge where Lannon was last seen.

Members of the public are being asked to stay clear of the search area.

“Brian was a Captain with Kamloops Fire Rescue where he served as a dedicated firefighter since 1994. He was a much-loved husband, son, brother, uncle and cherished friend to many,” said the fire department. “Captain Lannon was known for his dedication, and professionalism, both as a firefighter and as an officer. Rest easy, Brian.”

Lannon’s family said they are thankful for the efforts of Kelowna Fire Rescue, Central Okanagan Search and Rescue and the RCMP in recovering Lannon. They also thanked the Kamloops Fire Department for its “overwhelming support.”

KFR, together with family and friends, is mourning the loss of our brother, Captain Brian Lannon.
On Saturday, May 15th, Brian was in Kelowna on his off-duty time, recreationally SCUBA diving with friends near the W.R. Bennett bridge… 1/4 pic.twitter.com/BnwtFhKMTp

Kelowna RCMP and COSAR have entered day four of the search for a diver who went missing on Saturday near the William R. Bennett bridge.

RCMP have brought in a surface-supplied diving apparatus that will allow divers to work underneath the bridge safely.

A 52-year-old male diver went missing after he did not surface from a dive Saturday afternoon near the bridge.

RCMP and COSAR members have been scouring the area for the past four days, while the family of the missing diver anxiously waits for news.

Emergency crews were called to the east side of the William R. Bennett Bridge in Kelowna Saturday afternoon just before 3 p.m. for a possible drowning after a recreational diver in the lake never resurfaced.

COSAR manager Duane Tresnich tells Castanet the public are still being asked to give the rescue crews a wide berth as they continue their work.

Additional personnel has already been called in to support the search crews including COSAR’s side scanners and underwater cameras. They are also using a brand-new tool called the aqua lens which allows for better underwater clarity.