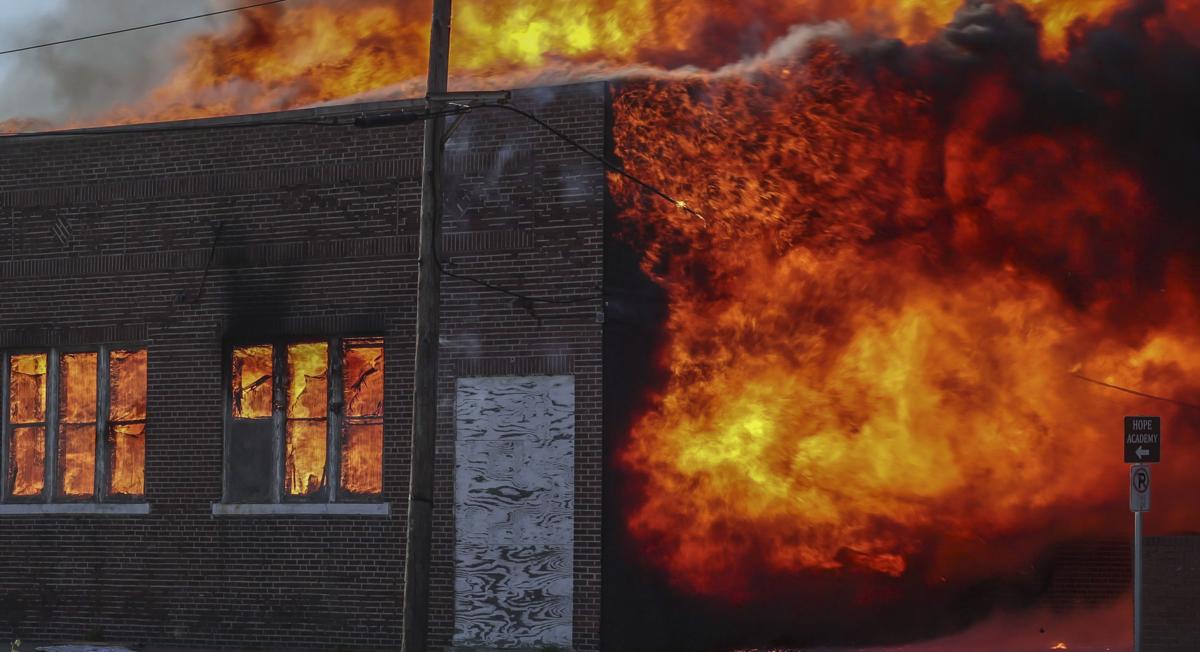 Flames burst through the windows of a warehouse in the 100 block of East Grand Avenue in Decatur. Three commercial structures were destroyed in the three alarm fire that required all of the Decatur Fire Department’s equipment  to control and extinguish. 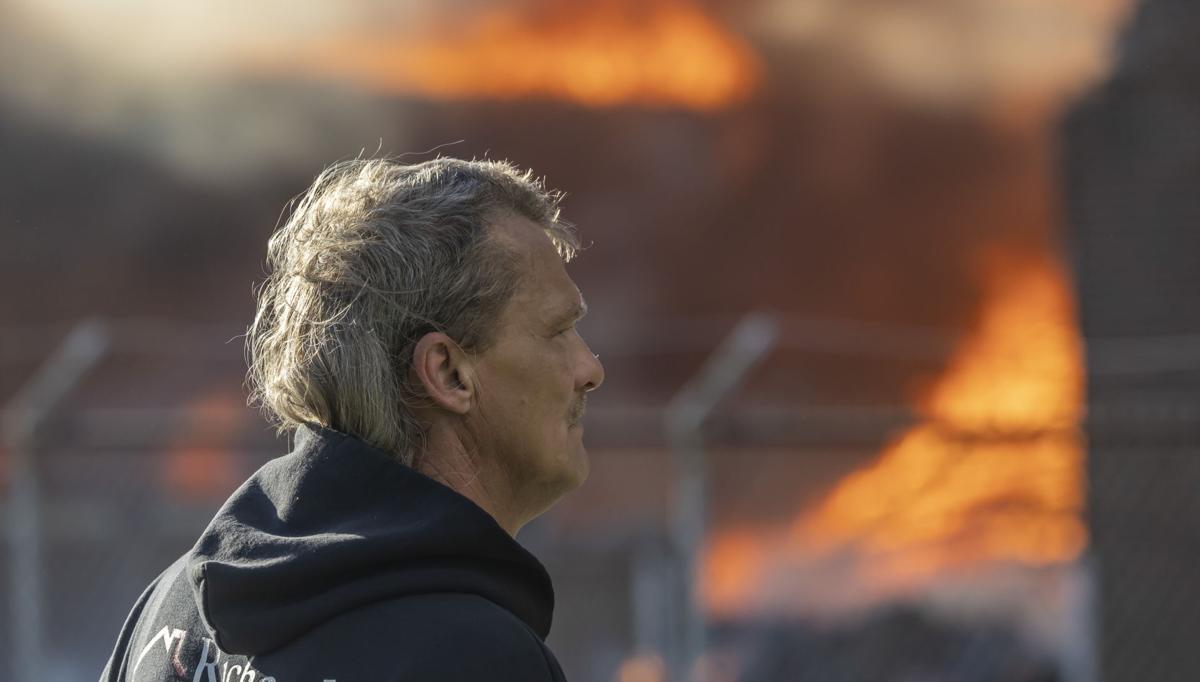 Mark Hunter can do nothing but watch as flames make their way through a group of buildings along Grand Avenue in Decatur. Firefighters were able to prevent the fire’s spread to to neighboring building owned by Hunter. 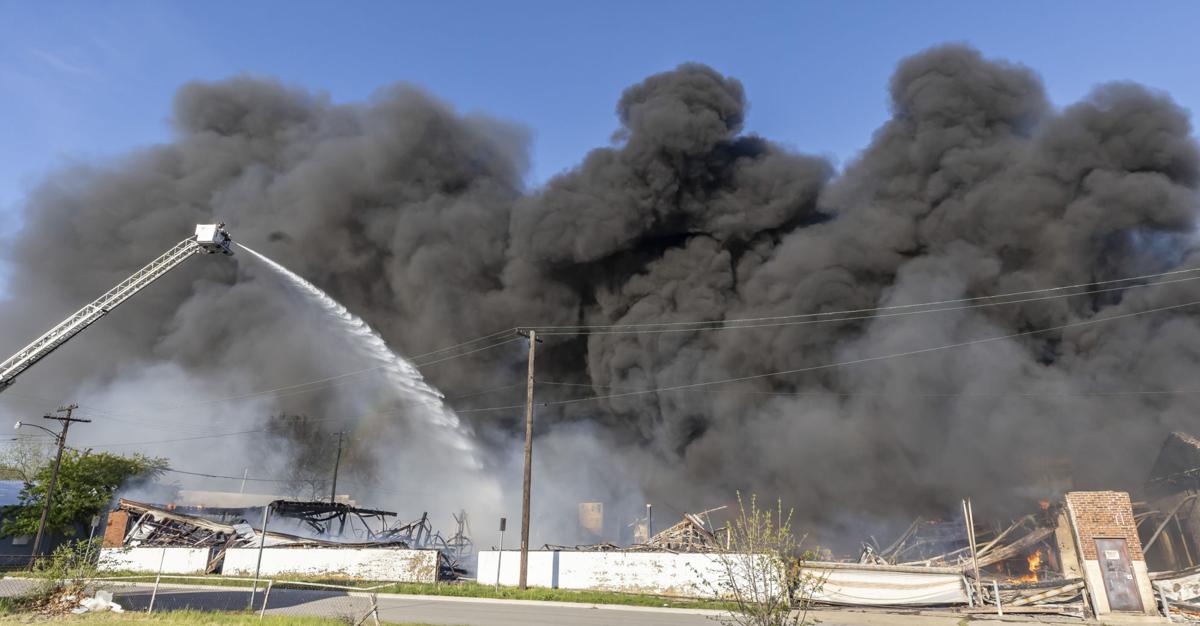 Thick, black from the fire could be seen for miles.

Crews are on the scene of a three-alarm fire at East Grand Avenue and North Calhoun Street. 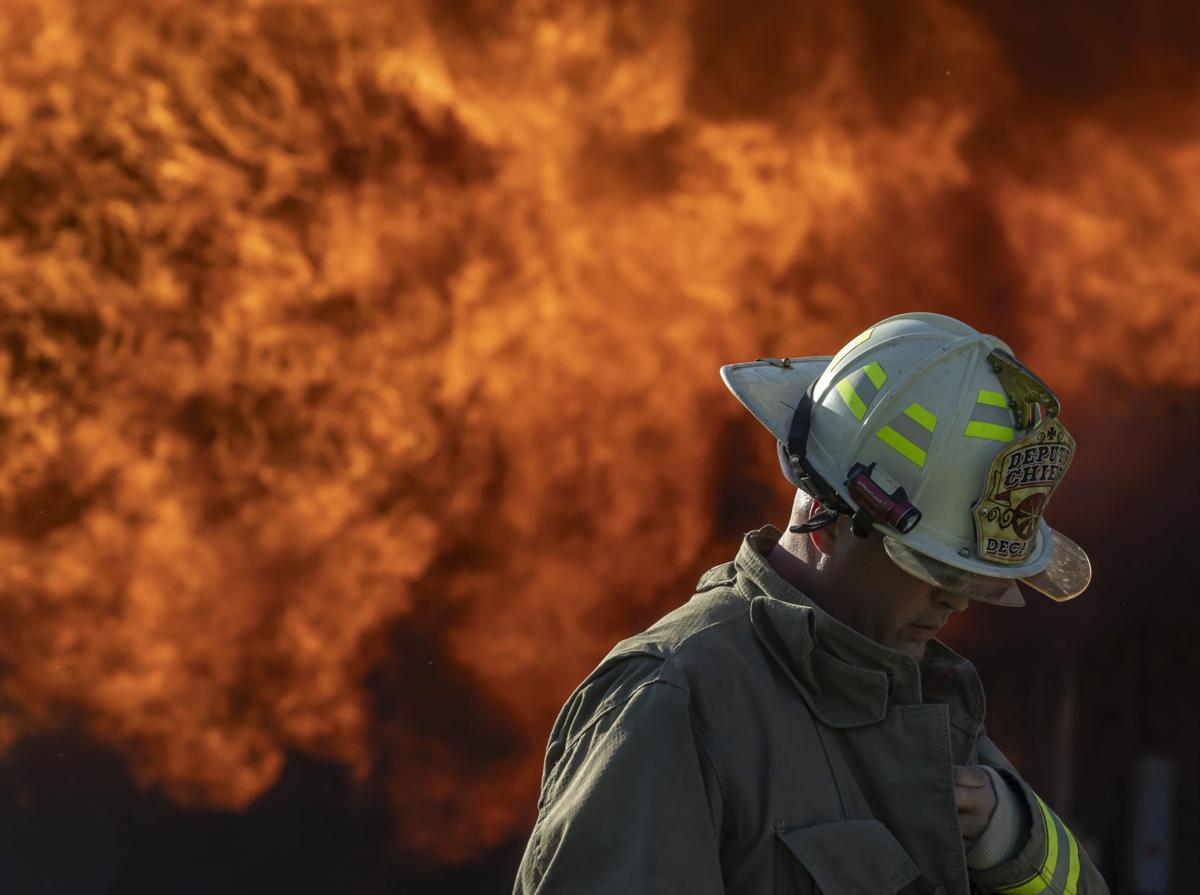 Deputy Chief Jim Ohl talks on his radio with other firefighters on the scene of a three-alarm fire at East Grand Avenue and North Calhoun Street.

DECATUR — Mark Hunter worked for years to acquire a building along Grand Avenue to house his construction business.

On Saturday afternoon, he could only watch as flames from three adjacent buildings threatened to take away all that he had worked for.

“I finally get them and and now I got to watch this,” Hunter said, referring to a three-alarm warehouse fire at East Grand Avenue and North Calhoun Street in Decatur.

Flames pierced through the roofs of three commercial structures, sending thick plumes of smoke into the sky that could be seen for miles.

“It was a big thick cloud of smoke right to the point where you couldn’t even see the sun,” said Marvin Johnson, who works in the building just to the east. “It looked like a full moon at nighttime, but it was broad daylight at the time.”

Hunter received a call about the fire from friends in the neighborhood and saw the black smoke as he crossed the bridges over Lake Decatur along Reas Bridge Road.

“It was the thickest black smoke, and the closer I got … the worst thoughts went through my mind,” Hunter said.

After spending more than an hour watching the flames spread through the neighboring structures, and heat from the fire igniting the door to his business, the sense of despair slowly gave way to hope as the flames subsided and his building was still intact.