In Chester County, the challenge of recruiting and retaining firefighters to volunteer their time is an issue.

CHESTER COUNTY, Pa. – A dire situation is about to boil over across the country. Many fire departments are struggling to meet staffing needs when it comes to volunteers. This is especially true in Pennsylvania where more than 90% of the fire companies are all-volunteer. The Chester County Fire Chiefs Association says they are now past crisis mode and it isn’t a simple fix.

One hundred people left homeless, $5 million in damages, and several people hospitalized with various injuries, including firefighters. But everyone made it out alive of the blaze that destroyed the Ashwood Apartments in North Coventry last July thanks to more than 200 fire and EMS workers quickly responding. The majority of them are volunteers.

“We are your first responders. We are the first ones there, so we’re coming out to help you,” West Grove Fire Company President Neil Vaughn said.

In Chester County, the challenge of recruiting and retaining people to volunteer their time is an issue.

The National Volunteer Fire Council saw an all-time low in volunteer numbers starting back in 2017. Chester County is seeing the same trend. The West Chester Fire Department is all volunteer about 150 people total but they could use double that.

Speaking with FOX 29’s Kelly Rule at one of their monthly training sessions, Chief Pelna says among their biggest battles is affordable housing in the borough. While West Chester University helps bring in young volunteers, they often can’t stick around long.

“House prices specifically in the West Chester area are skyrocketing so individuals are having a hard time affording that,” he added. “We don’t have anybody to fall back on.” 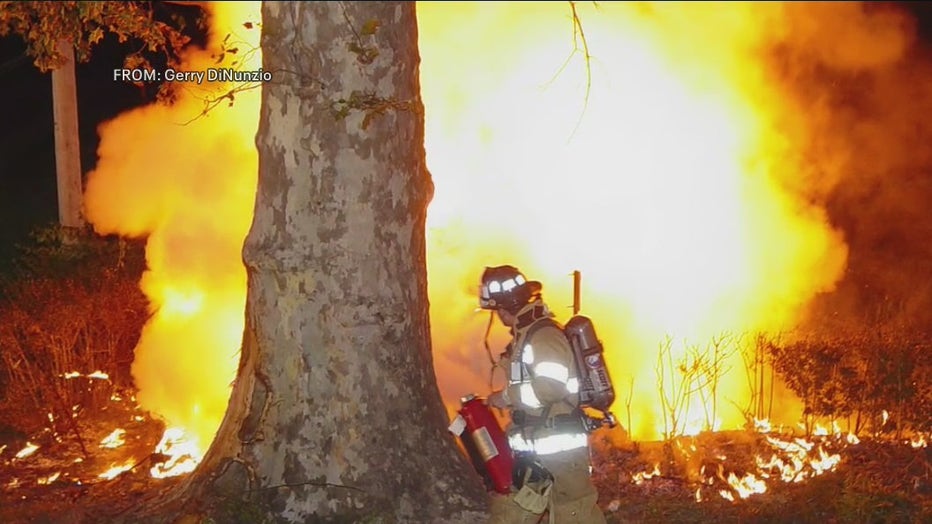 Volunteer Deputy Chief of the Goshen Fire company and current president of the county’s Fire Chiefs Association, DiNunzio says they also have a hard time appealing to full-time working families.

“If you have kids, you have that to worry about too, couple that with the amount of training it takes to become a volunteer fireman or fireman in general it makes it hard to make it pleasing to someone to want to come do it,” he explained.

As volunteer numbers decline, call volume continues to go up.

The West Chester Fire Department recently started a program where firefighters can live at the firehouse for no cost in exchange for their service to help with recruiting.

Past Fire Chiefs Association President Vaughn says a federal grant to help with marketing ran out in the fall of 2020. Over three years, it resulted in only 50 new volunteers for Chester County.

“We tried to be everywhere and there were still people that didn’t hear it so as hard as you try to get to every single demographic it’s tough,” Vaughn said.

The departments need administrative help, supplies, and donations even something as simple as help cutting the grass.

“Volunteering, in general, is falling by the wayside. At some point, we need to be the priority,” Vaughn explained.

With the exception of some training, the Commonwealth does not pay for fire companies’ operational costs. If numbers don’t improve the burden could fall on taxpayers.

“It’s absolutely going to affect each and every one of us,”  Pelna said.

While volunteering might not be for everybody, Vaughn says he owes just about everything to taking the leap.

“It’s how I met my wife and it’s kind of directed my career path,” Vaughn said. “It’s brought my life.”

For the latest local news, sports and weather, download the FOX 29 News app.

Sign up for emails from FOX 29, including our daily Good Day Digest newsletter