Neighbors decorated their homes and cars to show love and support for 6-year-old Kodi just released from the hospital Wednesday after being wounded in a triple shooting.

A welcome home drive-thru celebration was held in West Philadelphia for a 6-year-old wounded in a triple shooting last week.

Neighbors decorated their homes and cars to show love and support for Kodi just released from the hospital Wednesday.

“I think that it’s very heartwarming to see that the community comes out,” said Erica Butts during the welcome home drive-thru for Kodi now called a superhero.

“He was a joy. The nurses enjoyed him and the doctors enjoyed him. He just brings that personality,” said Butts who is his aunt.

She’s talking about Kodi being in the hospital after he was shot in the stomach when someone fired shots at the car he was in with his dad Josh Butts just over a week ago. 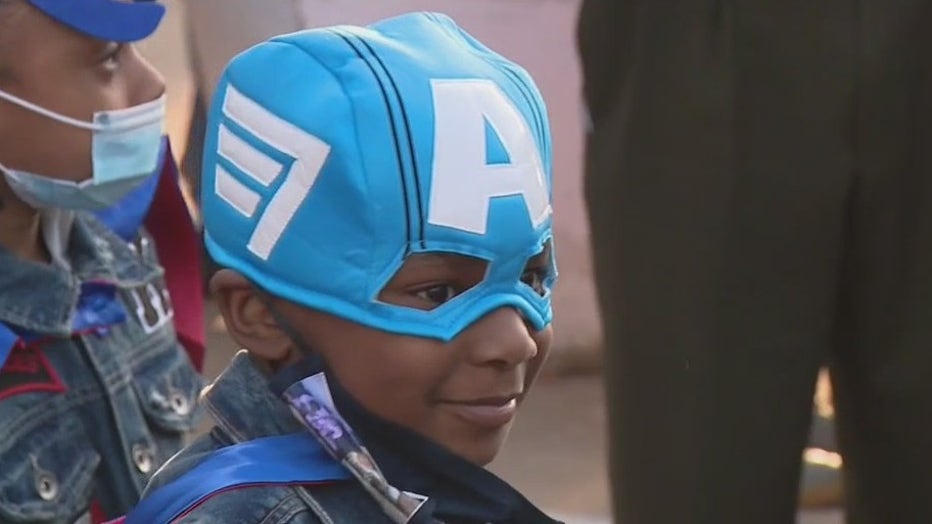 “When me and my dad got into the accident, I had to find a way out and I found a way out of the car. The rest of the doors we couldn’t get out of so only on my side could get out of that door,” said Kodi. His father didn’t survive.

He remembers him as a fun dad who took him to the park and played games with him.  His face mask bears pictures of the two together.

“That was on Christmas, that was at our old house in Germantown, that was on Halloween and that’s a normal day, but we were chilling,” he said. Butts says the day is also about celebrating the life of her brother and she wants to set the record straight saying it was a case of mistaken identity with the car he was in that night.

“My brother was just bringing his son home from football practice. My brother has been part of the city for 5 years and worked as a transportation worker and that part of the story isn’t being shown,” she said. Meanwhile, police, fire trucks and bike clubs came by to salute Kodi.

His family is appreciative and gave out food and snacks to those driving by. This close-knit family has this to say about the loss they’ve suffered.

Police say this is still an active homicide investigation. No arrests have been made. A third man in the car was also shot.