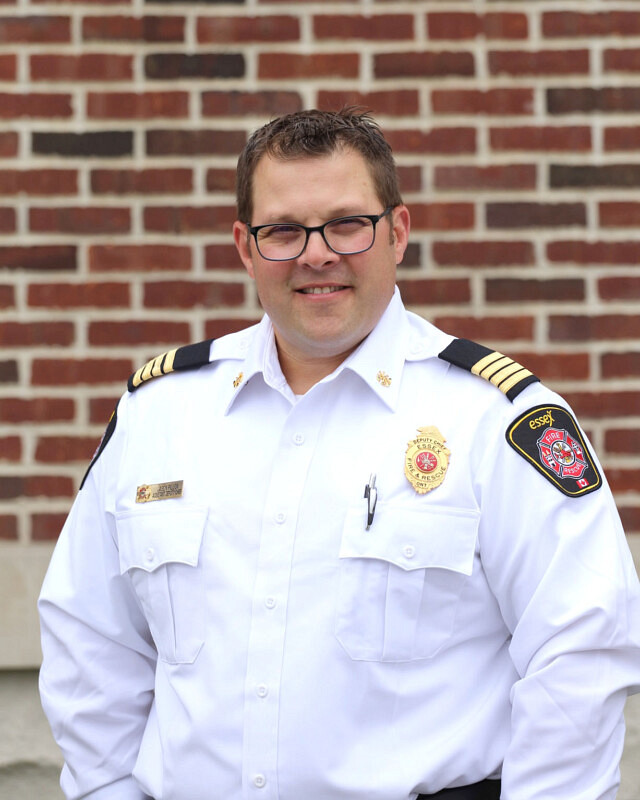 The Town of Essex has a new Deputy Chief.

Jason Pillon has been employed with the Town since 1997 when he became a Volunteer Firefighter at Station 3 in Harrow. Since then, he has climbed the ranks with several positions, including Captain and Battalion Chief. He most recently served as Assistant Deputy Fire Chief, Prevention and Education, a position which he started in 2015.

“Jason is already well known in the community through his firefighting career and work in public education and prevention,” said Rick Arnel, Chief of Essex Fire & Rescue Services. “His wide range of experience, in-depth knowledge of fire operations, and commitment to continued education will be great assets as he transitions into his role as Deputy Chief.”

Prior to his firefighting career, Pillon worked as a Certified Journeyman Ironworker and Shop Foreman. He is a graduate of St. Clair College and has obtained more than thirty National Fire Protection Association and other professional certifications.

In the position, Pillon will be responsible for assisting in the administration, fire suppression, fire prevention and rescue activities of the department, including all three fire stations. The duties will also include personnel recruitment, purchases of equipment, as well as the preparation of departmental budgets.