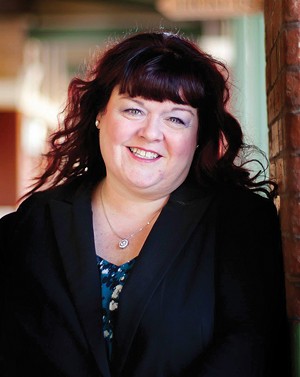 The Springfield Public Schools Board of Education will soon welcome two new members who could shift the balance on decisions like the best way for students to return in the fall. Both are newcomers to public office and work in the medical field. Both were also endorsed by the Springfield Education Association, which represents teachers in District 186.

Buffy Lael-Wolf, who will represent Subdistrict 5, works in information management at HSHS St. John’s. She has a background in pediatric nursing. Lael-Wolf beat incumbent Tiffany Mathis, the CEO of Boys and Girls Clubs of Central Illinois, who voted against the desire of the teachers’ union when it came to the decision of when students should return to classrooms.

A voice for students

Erica Austin grew up on the east side of Springfield, where she now resides. She’s a graduate of Southeast High School and credits District 186 with her successful career. Before joining SIU, Austin was a parent educator at Jefferson Middle School from 2009-2012. She also worked for 4-H, and said she helped the club become more inclusive, getting 250 new youth involved, many of them Black.

Austin said she has been drawn to work with youth based on her own experience in after-school programs, such as one sponsored by the Springfield Urban League. She said school should be a place for students to learn skills and tools, not just book smarts. Austin said as a high school student, she didn’t have the best ACT and SAT scores. “If you looked at my standardized tests, you wouldn’t think that I’d be where I am today.” But, she said, she had teachers and mentors who invested in her and pushed her toward college. Austin said she wants to continue to expose students from diverse backgrounds to new opportunities.

Austin will replace Judith Johnson, the longest-serving member ever on the District 186 board. Her first win was in 2001. Johnson spent many of the past two decades as the only Black board member. Austin said she was recruited by the local Democratic party to run to replace Johnson, once she announced she would not run for reelection. “She was a trailblazer,” Austin said of Johnson. Austin said she plans to continue Johnson’s work to amplify the voice and needs of Black students. “I have a strong support system that’s going to hold me accountable.”

Black students are now the majority in District 186, at 40.7% compared to 40.2% of white students. The percentage of Black teachers is far behind, at 7.1%. Austin said recruitment is one thing, but retaining Black teachers is a major challenge. She said in order to see better retention, the community needs to place a higher value on the Black teachers and staff it already has. Austin worked to do that this past February. In honor of Black History Month, she regularly made Facebook posts highlighting various Black employees in District 186. “The teachers that I recognized were ecstatic.” Austin said recognition and appreciation go a long way.

Mom on a mission

Buffy Lael-Wolf has a daughter who attends a District 186 elementary school. She said she had never considered running for public office before the pandemic. But as she watched school board meetings as a parent to try to get a sense of decisions being made, “I grew concerned and had a lot of questions.”

Both Austin and Lael-Wolf are proponents of getting kids back to school, but along with the teachers’ union, question the decision to have hybrid learners return for four-day weeks for the rest of the school year. The new schedule started April 6. The superintendent has said it will mean hybrid students get 11 more days of in-person instruction than they would otherwise. But Lael-Wolf said she has heard from teachers that at least half of those days will be spent on getting into a new routine. The teachers’ union said it would have preferred to spend the energy focusing on summer school and fall return.

On Jan. 4, in a 4-3 vote, the board decided to reopen schools for hybrid learners, even though public health guidelines it had previously approved weren’t met. “The metrics were not just moved, they were taken away, they were disregarded,” and that created distrust of the board in the community, said Lael-Wolf. Meanwhile, while everyone realizes in-person is the best option for most students, Lael-Wolf said, her own daughter, who has autism, has adapted well to remote learning. “There are some kids who actually thrived and did very well.” She said she’d like to see a remote option remain available beyond the pandemic to students whose learning styles better match it.

Lael-Wolf also agreed with Austin that more needs to be done to recruit and retain teachers of color. She said there also needs to be more attention given to the 1974 federal consent decree to desegregate District 186, which is still in effect. She said she’d like to see a dedicated working group to address how to reach full compliance with the decree.